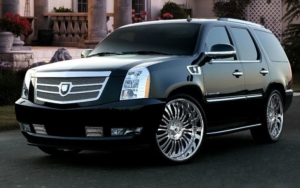 The idea is if our drivers only pay a percentage of the fare so they can afford to lose a few dollars of Yellow Cab taxi cabs rates. Our rates can be at least 20 & cheaper than Yellow Cab. Most of time we can match you with one of our drivers for the price that you feel comfortable to spend on your taxi cab fare. Or you can call us for a fixed price or what we call a flat rate.

We are the only company in Orlando, Florida that gives at least a couple free rides in the past years. At least for one reason we are stop doing this free taxi service, because people start abusing the free taxi ride and because again it is a free taxi app, why not using it.

As usual people call for a ride, the difference is this time is free or customer does not have to pay for any reason whatsoever.

Cheap Taxi Orlando, Uxur Taxi, Affordable Taxi or Negotiable Taxi Service with class and very fast service in Orlando, Florida. Cheapest taxi in Orlando, you can call us to negotiate our prices. That means for a trip from Orlando to Miami usually it is about over $ 600.00 on a taxi meter in Uxur Taxi Network we have some drivers that do this run for as low as $ 350.00 for almost half price.

Call us today to see if we can match the price you can afford to pay with an affordable taxi cab driver. For almost at 100% we can find you a driver for your cheap cabs ride unless you are ridiculously almost want the ride for free.

Is Uber or taxi cheaper in Orlando?

When Uber surge means more customers than Uber drivers, Uber can be just about 5 times more expensive than taxi.

When Uber not surge means more drivers than customers, then Uber can be just about 3 times cheaper than taxi.

We also provide these following services:

Cheap Taxi Near Me